Silk trimmed with metallic braid; back and part-lining of wool

Made of dull mauve silk with a horizontal double ribbed weave, this waistcoat would almost certainly have been part of a matching three piece suit with a coat and breeches. The liberally applied metal braid, known at the time as lace, similarly decorated the coat, and, as the coat was worn open revealing the front of the waistcoat beneath, it would have looked spectacular at a formal occasion in its original untarnished state. In comparison with the waistcoat and waistcoat front of a few decades earlier (see Related Items) the lower front edges of the garment are now angled backwards forming an inverted V shape that reveals part of the breeches, and its skirt has become shorter. As areas of the garment not seen, the back of the waistcoat and the linings of the front borders and skirts are of less expensive glazed blue wool. The back is cut to fit the body, unlike many later 18th Century waistcoats that were adjusted with a pair of tapes. 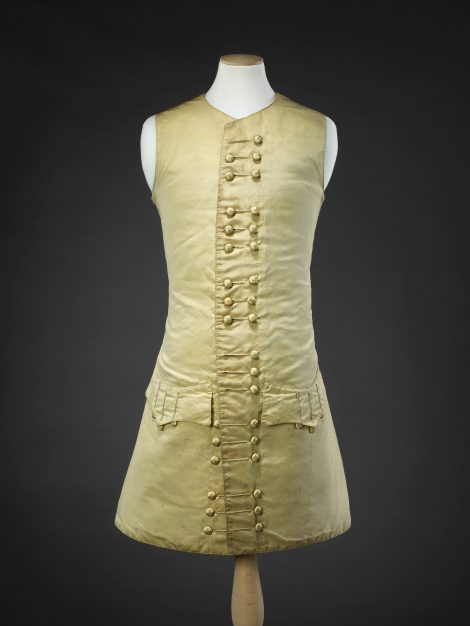 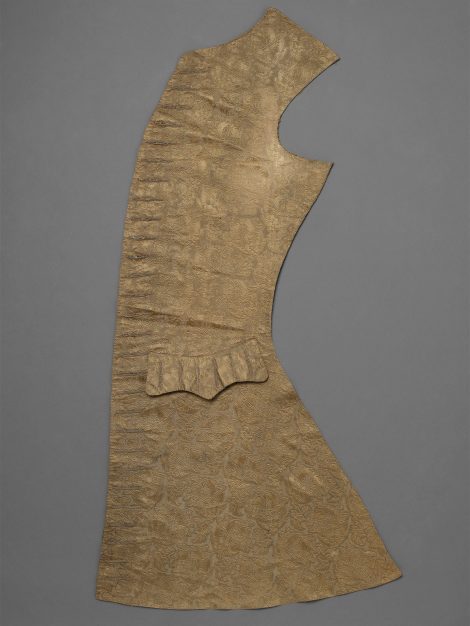